It’s been a bit quiet here over the last couple of weeks as we have been busy preparing for CeBit. Now that CeBit is over the next release of ReportServer is around the corner (we are planning to release ReportServer 2.2 in June) and I thought I tell you a bit about it.ReportServer 2.2 will contain bugfixes, a set of the latest libraries (especially the newest versions of Birt and Jasper) but also several cool new features:

We upgraded to the latest versions of Jasper and Birt. With the last release of ReportServer we introduced an experimental support for Crystal Reports. With this release we further stabalized Crystal support and decided to add Crystal to the list of reporting engines supported by ReportServer.

A new Templating language for Dynamic Lists for docx

So far ReportServer’s dynamic list comes with three template engines for XML based output (XSLT), text based output (Velocity) and for Excel output (JXLS). We have added a fourth to the list which allows to write templates in Microsoft Word. 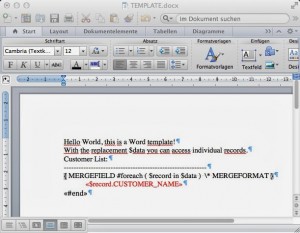 You have probably seen that ReportServer comes with its own scripting language and maybe even already used it (for example, for adding support for additional datasources or just for installing the demo content). With ReportServer 2.2 we will be releasing the ReportServer scripting guide, a detailed introduction into the world of ReportServer scripts. Get ready to start scripting…

So far ReportServer is available in English and German. With ReportServer 2.2 we have added tentative translations for most European languages. Together with the ReportServer community we are hoping to increase the number of supported languages as well as the quality of translations over time. If you are interested to help us, please contact us. 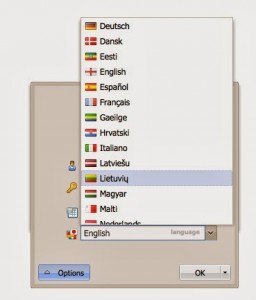 Are you missing anything? Let us know what you think.